Journeys to Inspire - Alicia Mary Smith
I aspire to support those who seek more clarity on their individual journey. Unraveling & releasing the hidden hurts & shadows opens the doorway to more of one's wondrous unsung nature. Pivotal to this explorative adventure is a willingness to be humble, honest, and to develop faith in one's own potential passions & desires, and to open one's heart to the possibility of a Loving and Truthful relationship with the Creator. My services are without set fees. However, in the essence of Giving and Receiving, there is a donation link to support my presence with you, on these ‘Journeys to Inspire’.

Is your NAME significant to You?


At birth we’re given at least one first name and a family name, dependant upon our cultural heritage. In this piece, I’m reflecting upon the significance of our name and how our names can be a symbolic tool and source of inspiration to uncover more about ourselves. I’ll share a little of my own awareness as an example, to entice you to look into the sense of your own name.

Consider these questions and maybe create more: Were you called by a different name when you were younger? Are there times when you’ve changed your name, were you happy with it and why did you change? What’s the origin and meaning of your name? Have you ever considered your name? Why do people address you in a particular way? How do you really feel about your names? 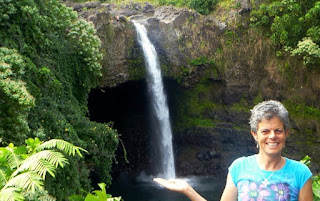 My official first name is Alison, occasionally used endearingly, but often spoken scornfully, when I was in trouble! So, I began to have confused emotions about this given name and even today, only use it on official documents. I am in the deepening process of clearing away many of those disorienting feelings

Until my late twenties I was Ali or one of the many playful derivates. Having lived, worked and been interested in many cultures and beliefs, I’ve had a plethora of first names and ‘spiritual’ names. Depending on who, when and where, my name could be anything from Alixousha to Alicia, Windflower to Kawaiilele!

With each name, I discover a different part of my nature. At the same time, I can see some inner confusion and avoidance of some relevant elements of myself. Foremost is that my name is not who I am, although it can play a role.

The root of my name is from the Greek word, Alithea, meaning Truth. On learning this I endeavoured to be more honest and speak the truth, including and perhaps most vital, with myself. Yes, a work in progress, especially as I was pretty good at white lies as a kid.

For many years, my middle name, Mary, didn’t seem to belong to me. It was my mum’s name, so I had to let go of some emotional attachment to her, before I could embrace the loving essence of this name. I continue to process those childhood emotions while learning more about Love and Truth, feeling like a babe on this infinite journey.

I rejected my last name, associating it with a father, with whom I had a mutual hatred. Having healed much of this fatherly animosity, I actually like the simplicity, solidity and anonymous quality of Smith. I also accepted this popular name, realising it correlated with being an alchemist and perhaps falsely identified it with magic.

Certain people can address us, and therefore perceive us, in a variety of ways. I observe this to be a rich source of information and it begs me to ask the question of myself: relative to each situation, am I showing my true colours? Mostly unaware, I can see how a fake façade sometimes looms…. and I see that our names can play a part in that act. 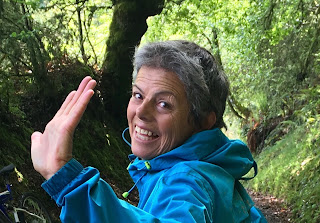 We can have an abundance of possible combinations of names, so depending on yours, what could you ask yourself?  How many given names do you have and which one do you use, or do your family use? Why were you given that particular name? Were you named after a relative, a pop star, for the time of year, for the aspirations of your parents? Did you grow up with a sweet nickname or an unkind bullying name? Is your last name from your mother, father or both? Are you using a married name?  What names have you chosen for your children and why? Or maybe, unlike me, you’ve stuck to the same name all your life, but nevertheless haven’t really wondered ‘why that name?’

For myself, I can now see that each name I’ve been given or have chosen to use, is a marker on this path of life and helps inform me of what is often hidden from view. On reflection, I realise that my original names are the most important in assisting me to look at a truer part of who I am. It’s in those formative years, a foundation is built that’s pertinent to the present me. When I humbly feel into each name, I can uncover the condition of my soul at that time. Contemplating those names and their significance can open my heart to realise and release the cause of hardships and heartache, as well as reveal an expansive joyful awareness of my potential true self.

Is your NAME significant to You? 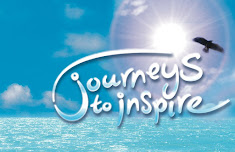 Are you a Spiritual Warrior?

It was over 20 years ago, in a drama class, we were asked to choose and memorise a short essay. We would repeat it over and over again... 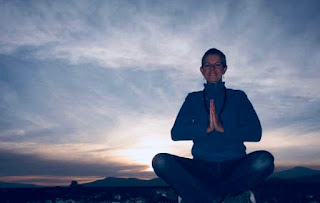